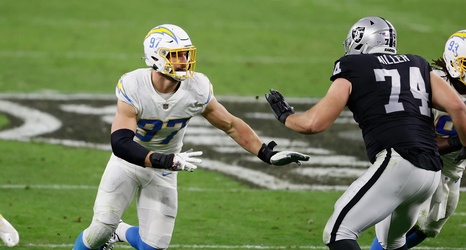 Continuing on with Madden 22’s reveals for the game’s top players at every position, this morning brought with it the top-10 edge rushers in the game which was headlined by the Browns’ Myles Garrett and Chicago’s Khalil Mack.

The Chargers landed another player among the group with Joey Bosa coming in as the game’s eighth-best pass rusher with an overall rating of 92. He comes in two points above his brother, Nick, at No. 9 with a 90.

The rest of the edge rushers ahead of Bosa include T.