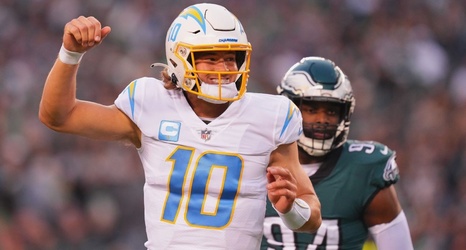 COSTA MESA, Calif. -- He's been the Los Angeles Chargers' starting quarterback for more than a year now. Halfway through his second season, Justin Herbert has been through the usual ups and downs. Right now, he's is on an upswing after completing 84.2% of his passes with no interceptions in a victory at the Philadelphia Eagles and has his team tied for the lead in the AFC West with a 5-3 record.

So what has Herbert learned through all this?

Turning a negative into a teaching moment is something he has been tenacious about ever since started playing football, which he says he loves with a passion.