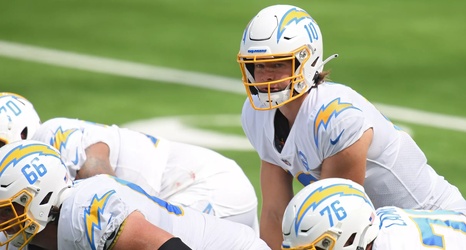 It’s almost game time and if you’re anything like me, you can’t sit still as you’re being racked with anticipation and excitement about today’s matchup.

Today is rookie quarterback Justin Herbert’s second career start, but it’s his first start with an actual week of practice as QB1. Anthony Lynn and Shane Steichen both stated that they kept the playbook pretty simple during last week’s game, so it wouldn’t be a surprise to see the team open things up even more against the Panthers and their very, very young defense.

How young is their defense, you may be asking?