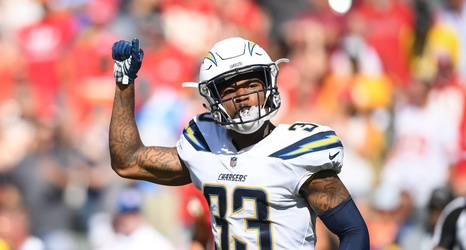 The fine folks over at Pro Football Focus recently released their Top 50 NFL Players for the 2019 season and the Chargers (unsurprisingly) are tied for 2nd with four players named to the list. It’s also no surprise to hear that three of the four players listed are members of the JackBoyz, the team’s confidence-oozing group of defensive backs.

For your viewing pleasure, I went ahead and compiled the four selections, along with what PFF had to say about each, below:

(Note: The rankings are not in order of grades, i.e., lowest to highest.)