ESPN gives Bulaga signing a B+ 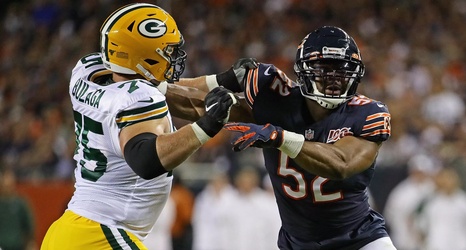 Bill Barnwell over at ESPN has been spending the entire free agency period up to this point covering each of the big signings and every trade made over the last nine days. He’s assigning letter grades to every move with his explanation of why the move graded out the way it did.

The first move made by the Chargers last week was the signing of former Packers right tackle Bryan Bulaga. The move was huge and viewed as a big win for the Chargers, especially considering the play of the right tackle spot over the last few seasons.