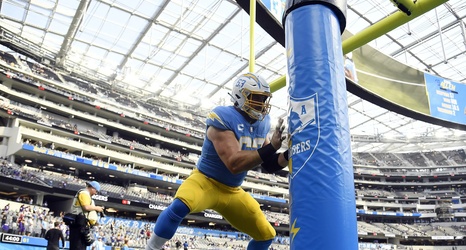 This week’s reveal schedule for Madden 23 has come to an end today as the final ratings were revealed for both the offensive lineman and quarterbacks. Justin Herbert will have his own article about his ratings, so we’re taking a look at just the offensive linemen in this one.

The Bolts certainly have their stars up front. The jewel of last year’s free agent class — center Corey Linsley — leads the pack while second-year stud Rashawn Slater follows him as the next best lineman on the team.

To make this nice and neat, I’ll break down the team’s perceived starting five with the game while adding in a few other names at the end.