Chargers wide receiver group will be top heavy in 2020 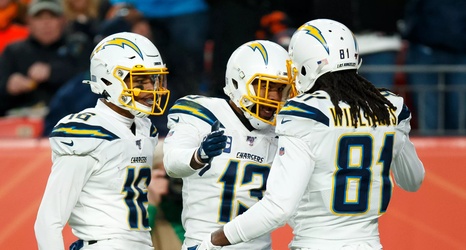 The LA Chargers wide receiver group was a big reason why they found so much success during their 12-4 2018 season. Keenan Allen did his thing — posting 100+ catches and 1,000+ yards — while Mike Williams showed he could be one of the top red zone targets in the league after catching 10 touchdowns in his sophomore campaign. That was also the last season in which the Bolts had Tyrell Williams, whose long speed was practically game-breaking when he was able to get a step on a defender (who remembers the Cleveland Browns game that year?