Chargers Week 11 ‘Surge or Static?’: Austin was Ek-cellent in primetime 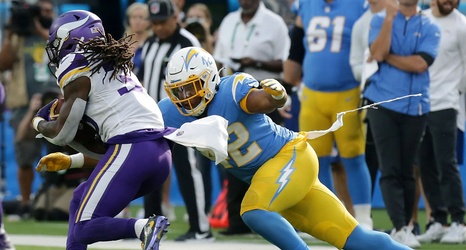 Is anyone else still feeling some residual stress from last night’s game? I’ll be honest, I certainly am.

It was way, WAY too close for comfort but by golly, this just isn’t your father’s Chargers team anymore. Despite a horrendous special teams job that saw another long kick return and a blocked punt, the defense stepped up when it mattered most to keep the Steelers out of the end zone just enough to come away victorious.

Justin Herbert had a hell of a game. Austin Ekeler had an equally, if not more impressive of an outing, and I’m just so glad both of their efforts weren’t for nothing.