Chargers vs. Jaguars: 5 questions for the opponent 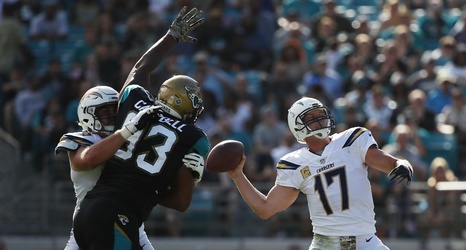 Up until last season, the Chargers and Jags had met in five consecutive seasons. Still, it’s a team that the Chargers have only played 10 times in their history.

The Chargers and Jaguars are out of the playoff race and just looking to finish this season on a strong note before changes and upheaval come during the offseason, likely for both organizations.

The Jaguars will have Gardner Minshew back at quarterback this week. The sixth-round pick replaced Nick Foles last week in a loss against the Tampa Bay Buccaneers. He has led the team to all four of its wins this season and at this point, probably gives the Jags the best chance to win.