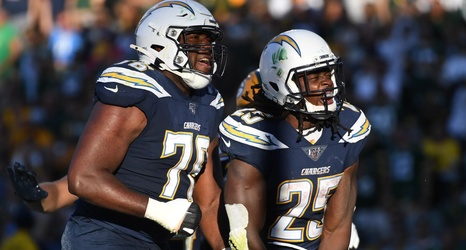 With the Los Angeles Chargers a little over an hour away from taking on the Broncos in Denver, we now have the official inactives report. Outside of running back Justin Jackson who just cannot seem to get healthy, the list is mostly populated with the type of players you actually want to see inactive on game day. Defensive back Roderic Teamer filled in admirably while Derwin James and Adrian Phillips were injured, but frankly it is encouraging to see him not having to suit up for the Bolts.