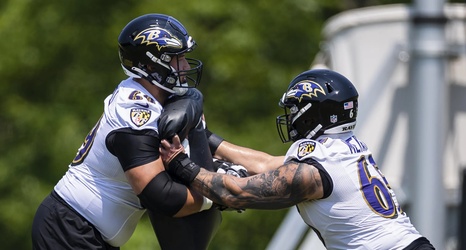 Just a day after signing linebacker Nate Hall to the practice squad, the Chargers decided that move wasn’t in their best interest after all. On Thursday afternoon, the Bolts announced the signing of offensive tackle Foster Sarell and the re-signing of defensive lineman Andrew Brown. To make room for the two, the team released Hall.

Sarell is a first-year tackle that entered the NFL as an undrafted free agent with the Baltimore Ravens. At 6’7 and 320 pounds, Sarell brings excellent size to the position group for the Bolts.