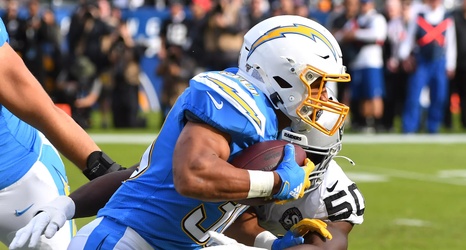 ESPN’s Matthew Berry released a very early rendition of his PPR Rankings following the flurry of free agent signings and moves made over the last 10 days. For these rankings, he lists his top-20 quarterbacks, top-60 running backs and wide receivers, and top-20 tight ends.

The Chargers moved on from Philip Rivers, one of the longest-tenured players in the NFL at an important fantasy positon, so it’s not that surprising to see him lower on Chargers’ skill-players as opposed to previous seasons. Without knowing who is going to be spreading the ball around to their plethora of play-makers, the safest bet is to assume there will be some regression.