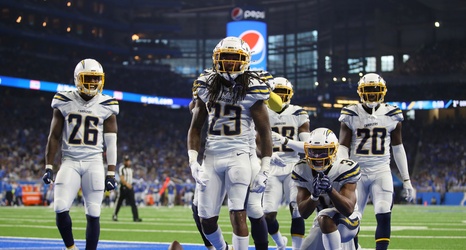 The defensive backs for the Chargers have been under fire from fans and media alike due to Derwin James and Trevor Williams both landing on injured reserve earlier in the season, but they performed on Sunday.

The Chargers may have struggled to score, shooting themselves in the foot constantly against the Lions, but the defensive backs on the other side kept the team in the game. Casey Hayward and Rayshawn Jenkins both snagged picks on deep passes down the field, and Brandon Facyson looked worlds better than he did when he was thrown into last week’s game.