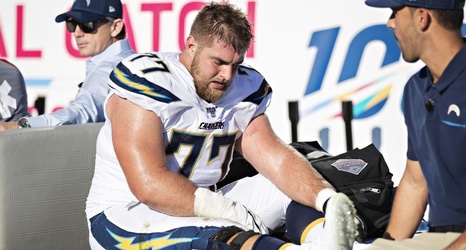 COSTA MESA, Calif. -- Los Angeles Chargers offensive guard Forrest Lamp will miss the rest of the season after breaking his right leg during Sunday's game against the Tennessee Titans.

The team placed him on injured reserve Monday.

Lamp was making his second career start at left guard when the injury occurred during the second quarter of the 23-20 loss. The third-year lineman, who was a second-round pick in 2017, has been plagued by injuries throughout his career.