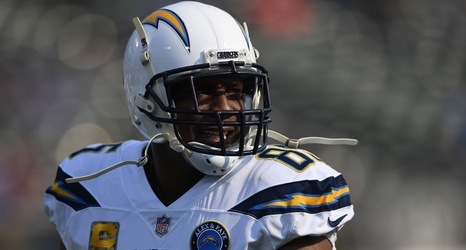 Antonio Gates has officially called it a career folks, announcing it via Twitter on Tuesday. Many held out hope that the Chargers may bring him in early on this past season to help battle through injuries at the tight end spot.

However, it never happened. While it may have been for the best, there were dreams of getting to watch Gates hoist the Lombardi trophy with Philip Rivers and ride off into the sunset, getting the piece of hardware that many so desperately desire.

Gates finishes his career with 236 games played, putting up totals of 955 receptions for 11,841 yards and 116 touchdowns (stats via Pro Football Reference).