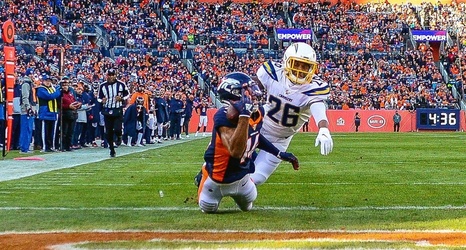 DENVER -- Playing against a rookie quarterback making his first career start in the Denver Broncos' Drew Lock, the Los Angeles Chargers were the team surprisingly experiencing a case of the nerves.

The Bolts fell behind by 14 points early, made a late surge but ultimately lost their eighth game of the season when Broncos kicker Brandon McManus drained a 53-yard field goal, giving Denver a 23-20 win.

Michael Badgley appeared to force overtime when he made a 46-yard field goal with 14 seconds left.

However, on the ensuing possession, Chargers cornerback Casey Hayward Jr.