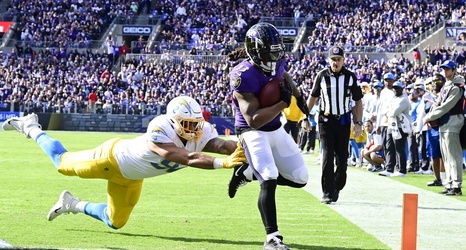 Every good team in the NFL will have at least one game this season where they play so unlike themselves that you just have to burn the film and move on. A game where there’s just nothing to learn because of how horrendous thing went from start to finish.

That was this game for the Chargers.

The Bolts were routed by the Ravens 34-6 inside M&T Bank Stadium in a game where no one on offense looked quite like themselves, especially the Chargers’ “gangster” quarterback in Justin Herbert. Herbert — who we’ve all come to expect a number of great things from each week — finished 22-of-39 for 195 passing yards with one touchdown and one interception.