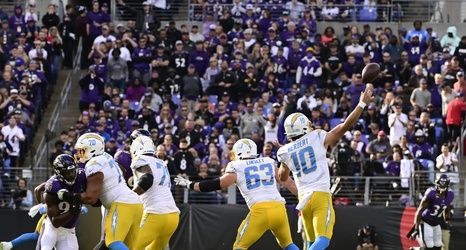 If you would have asked anyone prior to the start of the season what the Chargers’ record would be when they entered the bye week, they would have likely said 2-4 or 3-3 if they were erring on the side of optimism. I personally said on several occasions that if the Chargers started .500 that that would be a win due to the drop-off in difficulty of the remaining schedule.

But lo and behold, the Chargers are 4-2 with wins over the Chiefs, Raiders, and Browns. So not only are they among the AFC’s best, they’ve started the year 2-0 in the division which can’t be understated based on how the past few seasons have shaken out.