Chargers Daily Links: Who needs to step up against the Ravens? 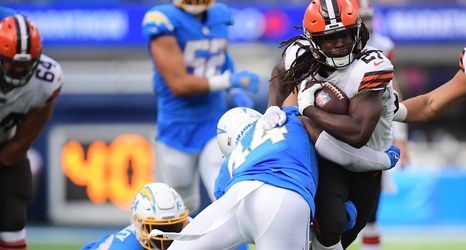 For another week, the Chargers will have to go through one of the best rushing offenses in the league. The Ravens are currently the NFL’s number one offense which also includes the league’s fourth-ranked rushing attack.

In very unfortunate news, the linebacker group was hit yet again when Drue Tranquill went down with an apparent pectoral injury late in the game this past Sunday. It seems there’s a good chance he’ll be out against Baltimore which means rookie Nick Niemann could be in line for his first NFL start.

With all of that in mind, Kyzir White will have all the responsibility he can handle as one of the leaders among the front seven.