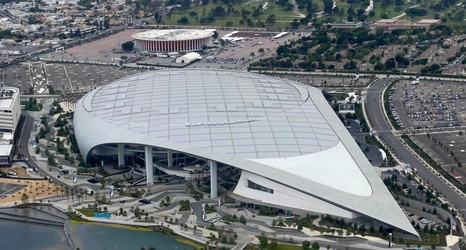 In rather odd, yet history-making news, late night talk show host Jimmy Kimmel announced on his show this week that he’s getting his very own college football bowl game named after him that will be played inside of SoFi Stadium. This is the first such case where a bowl game was directly named after a person, not just a business like Papa John’s or John Hancock.

The Jimmy Kimmel LA Bowl will be televised on ABC and is set to pit the number one team from the Mountain West Conference against the fifth team from the Pac 12.