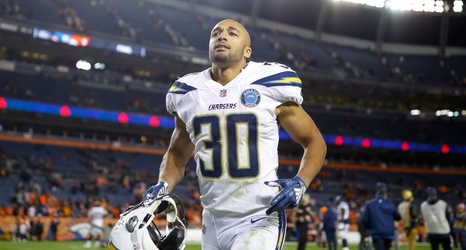 “Ignore the statistics. If you’re good enough, you’ll make it.” That’s what Austin Ekeler mentioned over two years ago in an interview with Bolt Beat’s Travis Wakeman, shortly after the undrafted free agent was named to the team’s 53-man roster.

Make it, he has; but this time, we aren’t going to ignore the statistics, because Ekeler just hit two important milestones in his young running back career.

With 132 total yards in Mexico City, No. 30 crossed 1,000 total yards for the first time in his career. With a receiving touchdown against the Broncos, he now has 10 total touchdowns on the season.