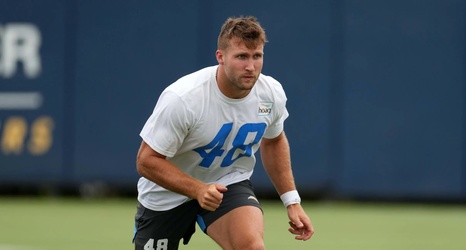 Matt Sokol was born in Rochester, Michigan and got to live out his dream of playing for a home state school in Michigan State.

After posting zero statistics during his first season in East Lansing, Sokol went on to post three-year totals (2016-2018) of 31 career catches for 348 yards and two touchdowns. Despite the lack of production, Sokol earned an invite to the Shrine Game following his senior season.

#Chargers UDFA Matt Sokol (#81) offers excellent size at 6-6 260lbs.
He caught just 31 balls and 2 TDs while at MSU but still earned an invite to the @Shrine_Game.