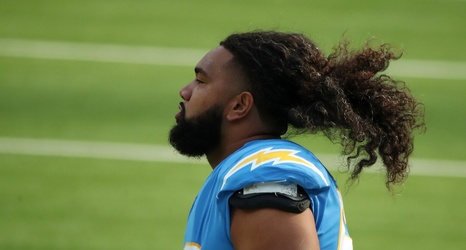 GREEN BAY, WI - SEPTEMBER 10: Corey Linsley #63 of the Green Bay Packers gets ready to snap the ball during a game against the Seattle Seahawks at Lambeau Field on September 10, 2017 in Green Bay, Wisconsin. The Packers won 17-9. (Photo by Joe Robbins/Getty Images)

The LA Chargers need to rebuild the offensive line to protect franchise quarterback Justin Herbert. The Chargers had the worst offensive line in the league last season and while Justin Herbert was great under pressure, the Bolts cannot afford to take any risks with Herbert’s health in 2021.