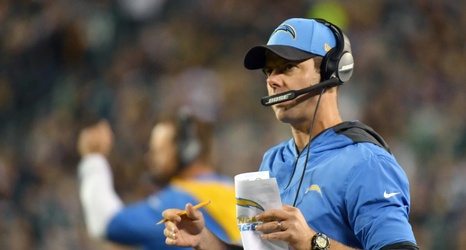 NFL Network’s Good Morning Football is aptly named as no matter how early you wake up in the morning, you’re more than likely going to catch a glimpse of either Kay Adams, Kyle Brandt, or Peter Schrager. This morning, Chargers fans who didn’t get the chance to sleep in also had the opportunity to be greeted by another familiar face in head coach Brandon Staley.

Following the team’s 27-24 victory over the Eagles that put the Bolts back in the win column, Staley was brought on to discuss his talented young quarterback. his lightning-fast journey from Division III John Carroll to NFL head coach, as well as his opening thoughts about this week’s opponent, the Minnesota Vikings.