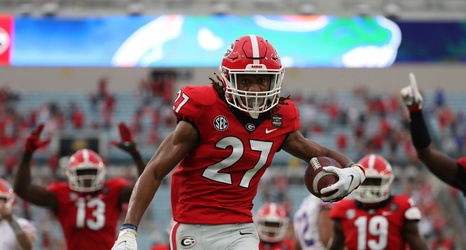 ESPN’s Mel Kiper updated his two-round mock draft and, unfortunately, it’s not nearly as dream-like for the Chargers as his first one.

The Bolts go from landing both the top offensive tackle and center in the draft, Penei Sewell and Creed Humphrey, to another top tackle along with an uber-athletic cornerback in the second.

What Kiper had to say: “Protecting Justin Herbert has been the theme of the Chargers’ offseason, with general manager Tom Telesco spending in free agency on center Corey Linsley and tackle/guard Matt Feiler.