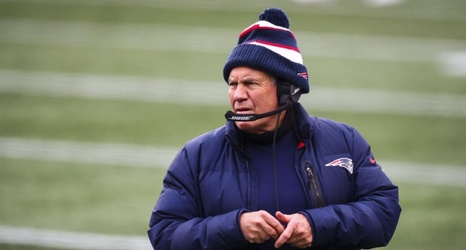 FOXBOROUGH, MA - JANUARY 03: Head coach Bill Belichick of the New England Patriots looks on during a game against the New York Jets at Gillette Stadium on January 3, 2021 in Foxborough, Massachusetts. (Photo by Adam Glanzman/Getty Images)

The LA Chargers have the 13th overall pick but that draft position is not set in stone. If the top players on the Bolts’ draft board are taken then it makes more sense for the Chargers to move back in the draft and gain more capital.

The Chargers’ biggest roster need is the tackle position and the team can move down a handful of selections and pick someone similar to who they would have gotten at 13.