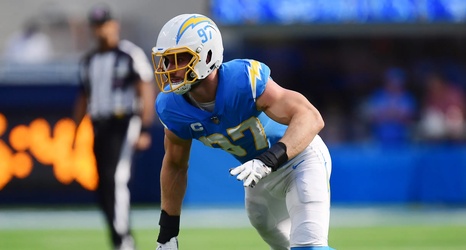 Roughly 24 hours before kickoff, the line for the Chargers-Ravens game has shrunk from 3.5 to 2.5 in favor of Baltimore, according to the latest numbers from DraftKings Sportsbook.

While I understand the home-field advantage given to the Ravens in this one, they’ll be without their starting left tackle and one of their starting wideouts. I like those injuries to push things in the Chargers’ favor as the Ravens are already pretty banged up apart from those two latest ailments.

But nonetheless, this game is going to be one of the best on Sunday’s slate and I expect plenty of eyes to be on the Bolts as they attempt to get to 5-1 before their much-deserved bye week.