Austin Ekeler vs Darren Sproles and other Chargers backs 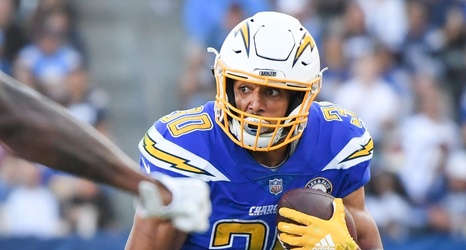 Austin Ekeler, since entering the league as an undrafted free agent in 2017, has demonstrated with both his elusiveness and power that he belongs in the NFL. As a complement to lead back Melvin Gordon, the team-proclaimed strongest man on the roster has been a spark in an already potent offense. Ekeler’s role has mirrored that of other Chargers running backs in recent years; just how good has he been?

The three other backs who shared a similar role are Darren Sproles, Danny Woodhead, and Branden Oliver. Since Ekeler has only been in the league for two years, each back (with varying career lengths) will have two of their better seasons with the Chargers compared to his two.