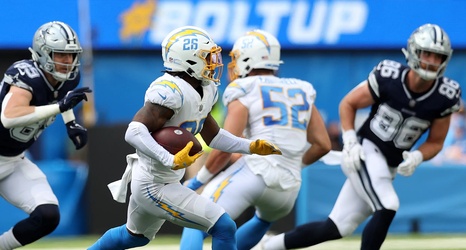 Just two weeks into the 2021 NFL season, the Chargers’ second-round rookie out of Florida State is already making a name for himself. Following his performance against the Cowboys this past Sunday, Asante Samuel Jr. was voted the Pepsi Rookie of the week after posting a pair of pass breakups and his first regular season interception of his career.

So far this season, Samuel has totaled eight tackles, two pass breakups, and and the aforementioned pick. He’s currently Pro Football Focus’ fifth-highest graded rookie corner at 70.5 while also leading all rookies with a 46.