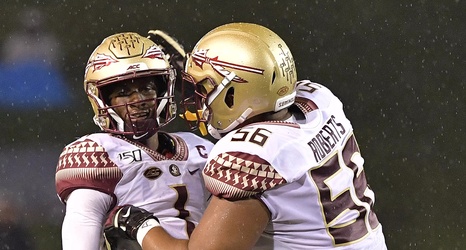 The third and final offensive lineman signed as a undrafted free agent by the Chargers is former Florida State and Northern Illinois tackle, Ryan Roberts.

The 6’6 Roberts started his career at Northern Illinois University after prepping as a tight end for Northville High School in Northville, Michigan. He played tight end as a senior, catching 10 passes for 140 yards and two touchdowns. His father, Raymond, was a honorable mention All-American tight end for the Huskies during the 1993 season.

After redshirting in 2015, Roberts worked his way into a reserve role, playing mainly on field goal protection in 12 games.