The Ronnie Stanley To The Chargers Rumors Are Picking Up Steam 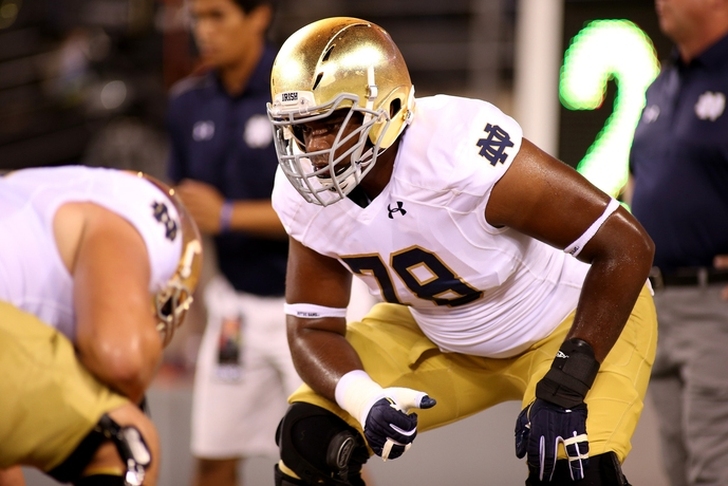 The NFL Draft is less than 24 hours away, and the rumors of the San Diego Chargers taking Notre Dame OT Ronnie Stanley are gaining traction. The early speculation was that the Chargers would take FSU DB Jalen Ramsey, Ole Miss OT Laremy Tunsil or Oregon DL DeForest Buckner. But now, Ronnie Stanley has emerged as a serious candidate.

It started with Mike Silver of NFL.com reporting that some teams have Stanley higher than Tunsil.

While it has been generally assumed that Laremy Tunsil is the draft's top tackle, I've talked to several GMs who have Ronnie Stanley higher

I have also heard this. Talk last night was Stanley goes top 5. https://t.co/ChXaC3itW9

Then, Miller went all-out and said the Chargers will take Stanley.

I feel very good about Ronnie Stanley to San Diego.

Mike Mayock of NFL.com has the Chargers going with Stanley in his only mock draft, adding more fuel to the fire. There's the chance this is all just smoke leading up to the start of the draft Thursday night, but that would be a lot of smoke in a short period of time.

Follow our San Diego Chargers team page for all the latest Chargers rumors, and download the Chat Sports App to be alerted the second the Chargers make their selection.