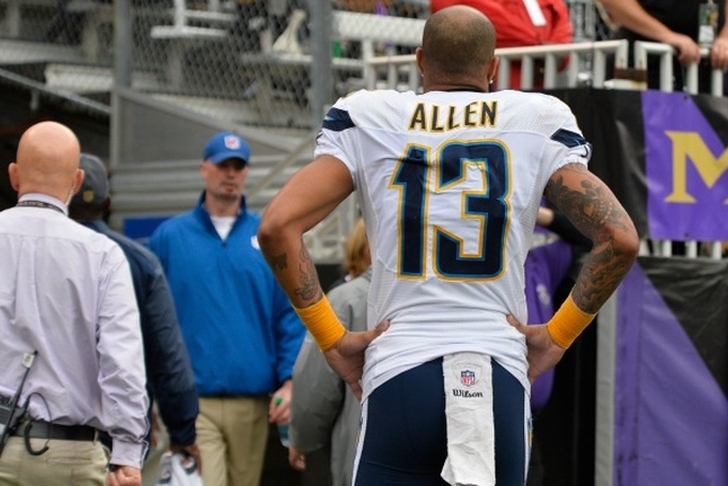 UPDATE: Keenan Allen has reportedly been placed on IR.

San Diego Chargers wide receiver Keenan Allen could miss the rest of the season recovering from a kidney injury, according to ESPN's Adam Schefter:

Chargers' WR Keenan Allen underwent a kidney procedure – not a surgery – and could be out for season, per league sources. 2015 uncertain.

Allen injured his kidney in Sunday's loss to the Baltimore Ravens.

He has caught an NFL-high 67 passes for 725 yards and four touchdowns this season.