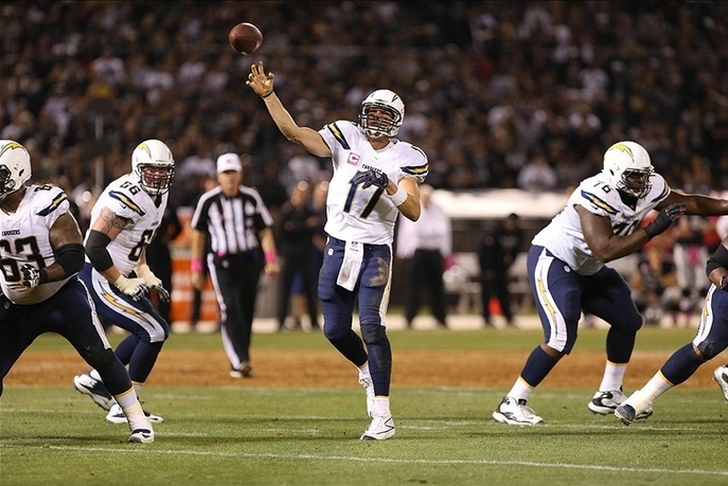 The Oakland Raiders (2-3) are a coming off a bye which followed a frustrating 16-10 home loss to the Denver Broncos in Week 5. They'll look to get back on the winning track down in Southern California against a San Diego Chargers team (2-4) that's lost four of its last five. Who'll get off the snide at Qualcomm? Here's our Raiders vs. Chargers Preview & Prediction.

What They Are Saying About The Raiders:

What They Are Saying About The Chargers:

Chargers Plan To File For Relocation To LA

The Oakland Raiders need more production out of RB Latavius Murray, who has rushed 28 times for just 88 yards in two games since gashing the Cleveland Browns for 139 and a touchdown in Oakland's 27-20 win. The Raiders offense is a much different beast when Murray is running loose, and they need him desperately to kickstart a rush offense that's averaged just 3.0 yards per attempt over its last two contests. He'll have a fantastic chance to do so against a Chargers run D that's giving up a league-worst 5.4 yards per carry.

The Raiders are much improved, but they're still a young team learning how to finish. Philip Rivers will add big time to his league-leading 2,116 yards passing against a spotty Raiders secondary, helping to clip a game Oakland team in a back-and-forth division clash.