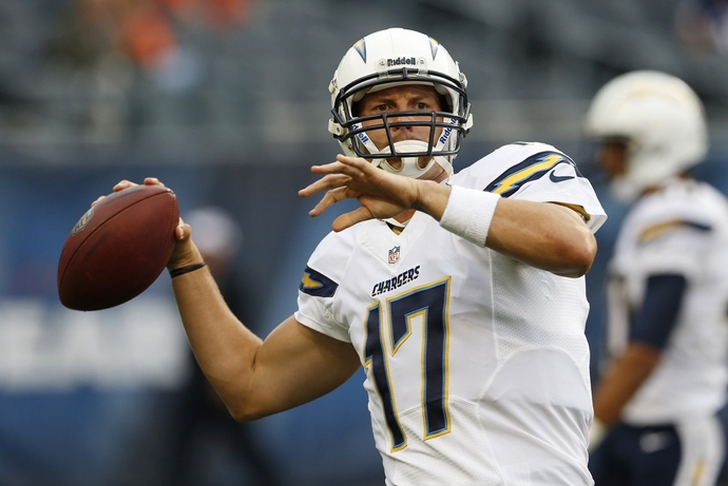 The 2-6 San Diego Chargers host the 2-5 Chicago Bears in a battle of two-win teams. The two squads have suffered several heartbreaking losses in recent weeks, but still harbor dwindling playoff hopes. So will the Bears or Chargers pick up their third win of the season? Here's our preview and prediction.

Both teams have two wins and need a third to keep their tiny playoff hopes alive. The Bears have been much better with Jay Cutler healthy and their last two losses have been close. Five of the Chargers' six losses have been by one score or less. Something has to give and one of these teams is going to be on the winning end of a close game for a change.

What They Are Saying About The San Diego Chargers:

Inman Could Have Big Role Against Bears

What They Are Saying About The Chicago Bears:

Can the Bears slow down Philip Rivers? No one has truly been able to shut him down this season, although the Cincinnati Bengals did the best job of limiting him. Rivers is on pace for over 5,000 yards and he's carried an offense that has a severely limited running game. The Bears aren't going to shut Rivers down, but they need to find a way to slow him. The Bears need to take away the run, forcing the Chargers to be one-dimensional. The Bears also need to run the ball often and keep Rivers and their defense off the field. A shootout won't end well for Chicago. The Bears have the third ranked passing defense in the NFL, but a bottom five run defense. If Rivers gets going, or worse the running game finds success, the Bears could be in trouble.

It's a close game, but Rivers delivers a fourth quarter comeback and a game-winning drive. The Bears simply can't stop Rivers, who once again throws for over 300 yards. San Diego misses Keenan Allen, but Rivers makes due with his other weapons.