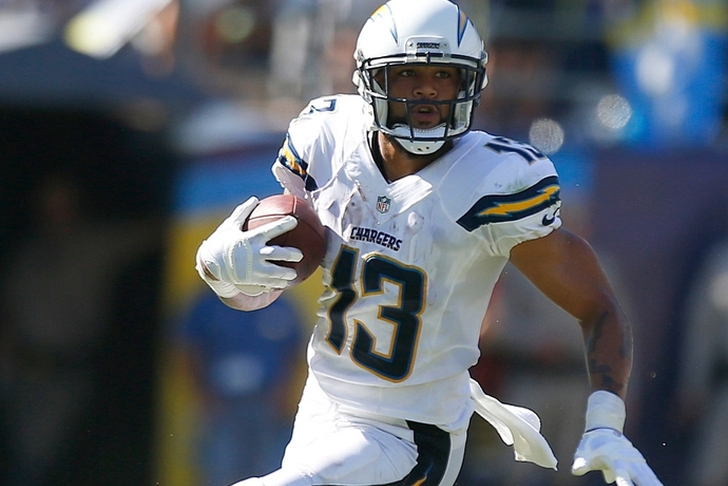 San Diego Chargers wide receiver Keenan Allen has signed a four-year contract extension with the team worth over $11 million a year, according to the San Diego Union Tribune's Michael Gehlken.

Keenan Allen played three seasons under a rookie contract that did not reflect his abilities.

His new contract will.

The Chargers wide receiver agreed in principle Friday to a four-year extension worth more than $11 million per season, a source said. The deal ensures that both he and quarterback Philip Rivers will be under team control through at least the 2019 season. Allen's contract runs through 2020.

Allen led the NFL with 67 catches through eight games this season cut short after suffering a lacerated kidney in their Week 8 loss to the Ravens. He finished with 725 yards and four touchdowns.