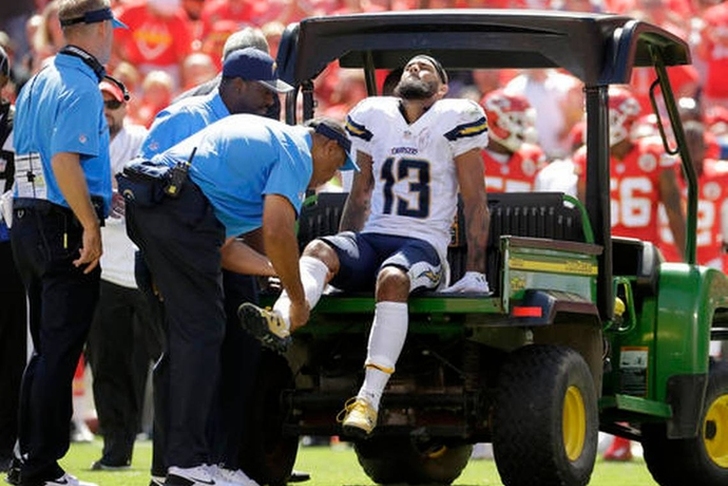 Chargers' WR Keenan Allen did tear his ACL, an MRI today confirmed, per source. A top 5 WR done for the season.

Allen had six catches for 63 yards in the first half before suffering the injury on this play:

One of the most promising young receivers in the NFL, Allen has failed the duplicate the success from his rookie season in 2013, in which he caught 71 passes for 1,046 yards and eight touchdowns. However, he has yet to play a full 16-game regular season in his career.

Allen missed the last eight games of the 2015 season after suffering a lacerated kidney. He ended the year with 67 catches for 725 yards and four touchdowns in eight games.