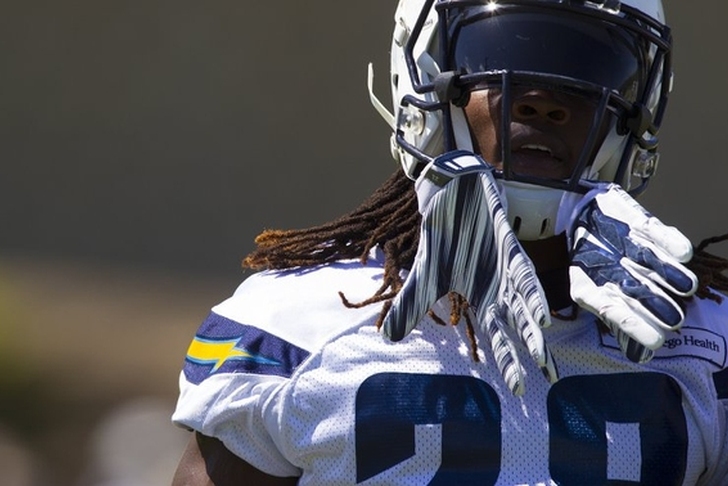 The San Diego Chargers fell just short of joining the postseason party last go-around, but all the pieces are in line for the Bolts to make a huge playoff push this coming season. Here are three things we've learned about the Chargers so far in training camp:

Melvin Gordon is the answer in the backfield

Ryan Mathews is a heck of a talent, but the injury bug kept him from truly living up to his potential with San Diego. Danny Woodhead, Donald Brown and Branden Oliver are still around, but the brightest spotlight in the backfield will be on dynamic first-round pick Melvin Gordon. He's was a truly transcendent force in college and all indications point to his unique skill set translating to the pro game.

He's been dominant during camp, and if he can carry that production over to the regular season, the Bolts will have one of the most varied and talented running back corps in the league.

Stevie Johnson wasn't very productive during his time in San Francisco, but San Diego's gamble on him this offseason is already paying dividends. Head coach Mike McCoy has raved about what the 6'2", 207-pound wideout has done in camp:

“He’s done an outstanding job. It seems like he makes one of those big catches every practice so far and that’s what we brought him in here to do. I think he’s only going to get better with time with Philip. There are only so many routes you run through the OTAs and in minicamps. We’re not having press coverage it’s not the physical release at the line of scrimmage. Now he’s kind of stepped it up a notch in camp, which is great. That’s what you expect from players to do.”

Drafting Gordon was huge, but the true story of the Bolts' 2015 NFL Draft was their dedication to pure speed on defense. Linebacker Denzel Perryman (2nd round), cornerback Craig Mager (3rd), edge-rusher Kyle Emanuel (5th), and defensive tackle Darius Philon (6th) all ran 40-yard dashes at the NFL Combine under five seconds. This is a part of San Diego's master plan to infuse its defense with an unstoppable mixture of fresh (and fast) legs and unquestionable athleticism, and all have rookies have seen a good deal of time with the first-team defense. That, combined with the men already in tow, should reap major dividends for the team in 2015.