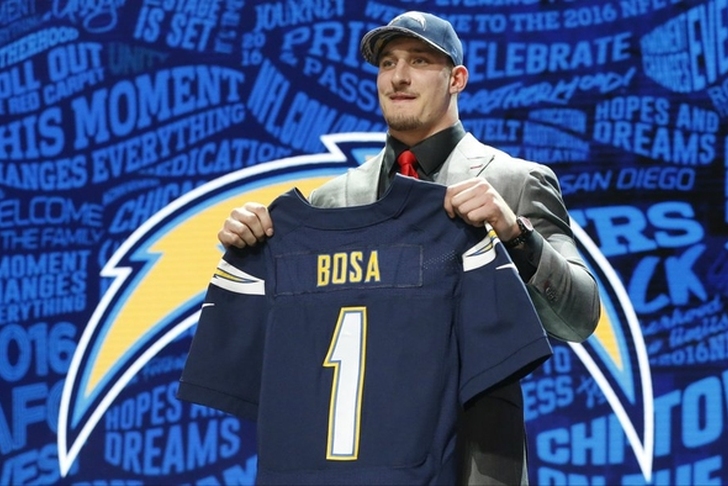 The contract dispute between No. 3 overall pick Joey Bosa and the San Diego Chargers is over. The Chargers announced Monday that they finally reached an agreement with Bosa. It's a four-year deal for Bosa, who has reported to the team.

"We look forward to having Joey join us and getting him prepared as quickly as possible for the 2016 season," General Manager Tom Telesco said.

The Chargers' statement lacked the details on Bosa's agreement. However, Ian Rapoport and Adam Schefter have some of those.

The #Chargers and Joey Bosa reached a 4-year, $25.8M contract, source said. He gets a $17M signing bonus. It's all fully guaranteed.

Bosa had wanted either all of his signing bonus up front or the removal of the offset language.