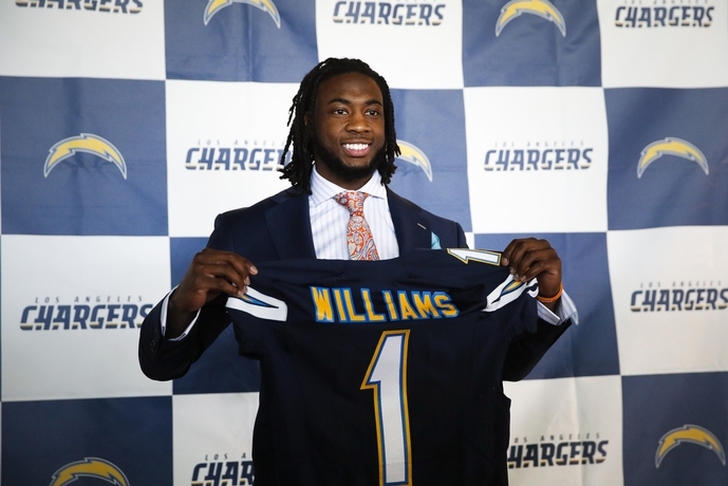 The Los Angeles Chargers were riddled with injuries last year and another key player might not even make it to the preseason. First round pick WR Mike Williams is in danger of missing the entire season with a back injury.

"The Los Angeles Chargers are still hoping to avoid it, but first-round pick Mike Williams might need back surgery on his herniated disk that would end his rookie season, league sources tell ESPN," Adam Schefter reports. "The team still is hoping that Williams will respond positively to the second epidural, but also knows there's a real chance he will not and his rookie year will be over before it begins. 'This may be a lot more serious than people thought,' said one source familiar with the injury."

Williams is currently dealing with a herniated disk in his back, getting a second epidural recently in an effort to help his recovery. Williams was diagnosed with the injury at his first practice. Interestingly, Schefter adds that some within the Chargers organization think there's a chance suffered the injury before the draft and hid it to avoid falling in the NFL Draft. The Chargers don't know when Williams suffered the injury.

Mike Garafolo of NFL Network reports that Williams will start the year on the PUP list. But Ian Rapoport says Williams is improving and surgery is no longer on the table. It was, however, a few weeks ago.

The Chargers drafted Williams with the No. 7 overall pick with the hope he could help out Philip Rivers and the passing game. Keenan Allen is talented, but has dealt with his own injury problems. The other notable WRs on the Charges' roster are slot option Travis Benjamin, Dontrelle Inman and Tyrell Williams. It was Williams who actually led the Chargers in receiving last year.

Check out our Los Angeles Chargers team page for all the latest Chargers Rumors or download the Chat Sports App!