Chargers To Remain In San Diego For 2016 NFL Season 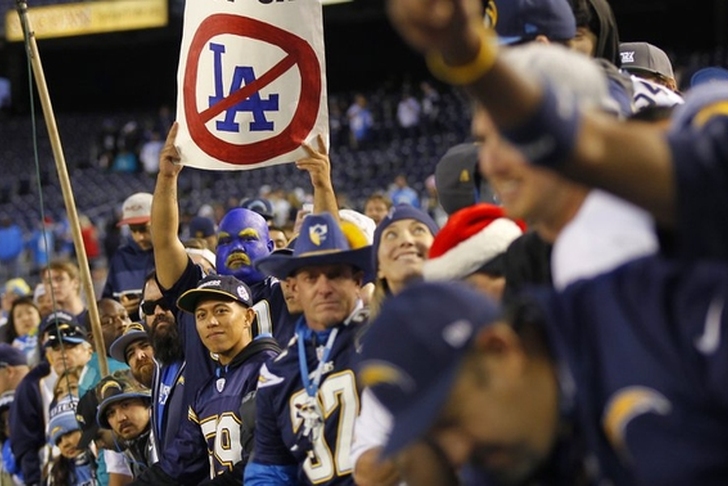 The Chargers will remain the San Diego Chargers for at least one more year, as the team announced on Friday that it will remain in its current home for the 2016 NFL season. The 2017 season, however, is still up in the air.

Owner Dean Spanos said in an official statement that, while an agreement has been reached with the Los Angeles Rams to share a new L.A. stadium, such a deal would be contingent on whether or not the Chargers can come to an agreement with San Diego on a new stadium within the next 12 months.

“Today I decided our team will stay in San Diego for the 2016 season and I hope for the long term in a new stadium,” Spanos said in the statement. “We have an option and an agreement with the Los Angeles Rams to go to Inglewood in the next year, but my focus is on San Diego.”

Spanos added that his preference is to keep the franchise in San Diego, but only if they can come to terms with the city on a new stadium deal.

“This has been our home for 55 years, and I want to keep the team here and provide the world-class stadium experience you deserve,” Spanos said. “Everyone on both sides of the table in San Diego must now determine the best next steps and how to deploy the additional resources provided by the NFL.”

For now, San Diego still has an NFL team in place -- ensuring that a team like the Raiders doesn't swoop in and take the Chargers' current real estate, at least for another year. However, the Chargers can secure a move to Los Angeles by January of 2017 if negotiations with San Diego fall through.