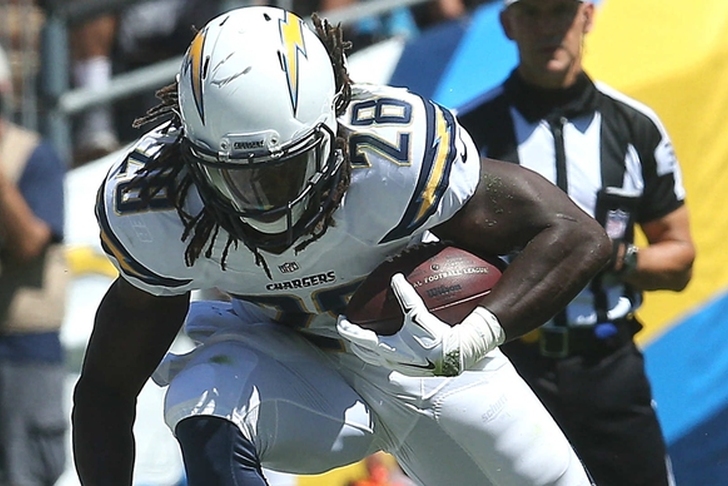 Melvin Gordon's rookie season is over. The San Diego Chargers announced Monday that Gordon will go on injured reserve with a knee injury. Head coach Mike McCoy said Gordon has cartilage damage in his knee and wouldn't be able to return in two weeks.

Gordon left the team's game Sunday against the Miami Dolphins in the second quarter. He went down on a one-yard run and was unable to leave the field under his own power.

A first round pick from Wisconsin, Gordon underachieved this season. He was the team's primary back this season, racking up 169 carries for 641 yards. He failed to record a rushing touchdown. He added 33 catches for 192 yards.

With Gordon out, the team will lean on Donald Brown and Danny Woodhead at running back. Woodhead has 82 carries for 270 yards and all three of the team's rushing scores. He's the second-leading receiver on the team as well, with 64 catches for 651 yards and a team-high six scores. Three of those TDs came Sunday against Miami.

Brown has just 24 carries this season, but 12 of those came Sunday. He ran for 90 yards in the team's win.