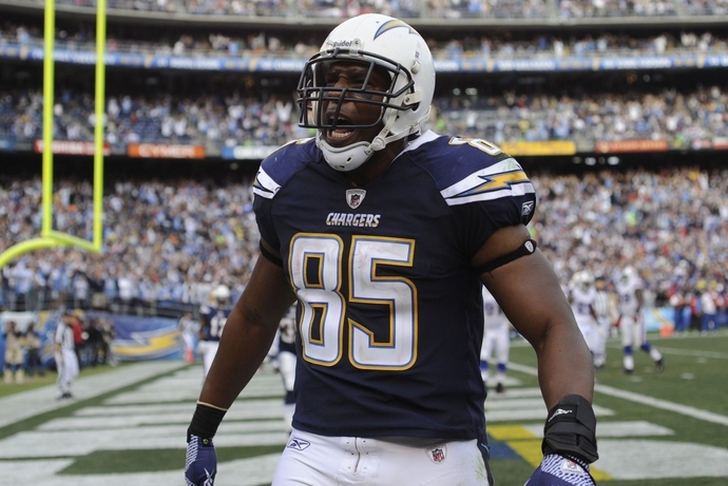 The San Diego Chargers won't be making the playoffs this season. At 4-10, the Chargers have already been eliminated from playoff contention. That means attention is now turning to the offseason and what the Chargers need to do to have more success next year.

With the season essentially over for San Diego, we're here to highlight the Chargers' team needs. The Chargers were expected to compete for the playoffs, and this was a disappointing season that could end up costing head coach Mike McCoy his job. The Chargers have several needs to address in free agency and the draft. The Chargers have plenty of cap space as well, with over $30 million in money to spend next season. That doesn't include the likely rise in the salary cap. Although fans might want a new coach, general manager, owner or whatever, I'm only detailing positional needs here. With all that in mind, here are the Chargers 2016 Team Needs:

1. Safety
Eric Weedle is a free agent and he might not be back next season. The team does not have a quality replacement for him and will need to find one if he leaves. He's one of the best safeties in the league. The other starter, Jahleel Addae, is a free agent. He's not at the same level of Weedle.

2. Tight End
The team's top two options, Antonio Gates and Ladarius Green are both free agents. One or both need to brought back and a later draft pick could be spent on the position.

3. Center
Trevor Robinson was just awful this season and was one of the worst starting centers in the NFL. Chris Watt wasn't great before going down either. The team must find someone new this offseason.

4. Offensive Tackle
Joe Barksdale was solid at right tackle, but he's a free agent. King Dunlap was okay, but was injured and is probably best at RT. Chris Hairston was a disaster at both guard and tackle and is a free agent. With a likely high draft, it would make sense for the team to grab an elite tackle and plug him at left tackle. The difference between the first need and fourth is not large.

5. Defensive End
Corey Liuget was okay, but is good enough as a starter. Kendall Reyes had a down season and is a free agent. The same is true of Ricardo Matthews. The team can elect to bring back Reyes or find an upgrade.

6. Cornerback
Jason Verrett was great this season and Patrick Robinson was a nice surprise. Robinson is free agent and should be brought back. Brandon Flowers wasn't that great, but he should bounce back next season.

7. Nose Guard
Sean Lissemore is okay at nose guard, but he's not an ideal fit for the position. If the team has the chance, they should grab a true run stuffer.

8. Guard
D.J. Fluker wasn't great, but he'll likely get another chance. The same is true of Orlando Franklin, who was a disappointment. Johnnie Troutman was hurt this year, but could play a role if the team resigns him. Kenny Wiggins is a free agent and was bad anyway.

9. Wide Receiver
Keenan Allen was having a great season before going down, but the team will need to replace Malcom Floyd when he retires. Stevie Johnson can play the slot, but a true No. 2 WR is needed.