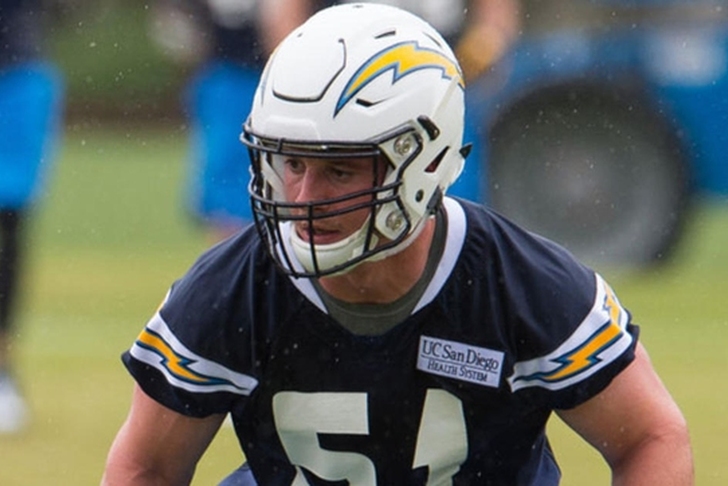 San Diego Chargers rookie linebacker Kyle Emanuel was a fifth round draft pick, but he's not playing like one.

"He looks like a first-round pick to us," safety Eric Weddle said, via the San Diego Union Tribune. "When you look at him and you look at other first rounders, our second rounders, it's no different."

Emanuel was taken with the 153rd pick out of North Dakota State, but is already getting snaps with starters in practice. Emanuel was a defensive end at NDSU, but is transitioning to outside linebacker in the Chargers' 3-4 scheme. Emanuel led the FCS with 19.5 sacks his senior season.

The Chargers have former first round pick Melvin Ingram and second round pick Jeremiah Attaochu at OLB. Ingram has battled injuries throughout his three-year NFL career, posting six sacks in 29 games. Attaochu recorded two sacks in 11 games during his rookie season.