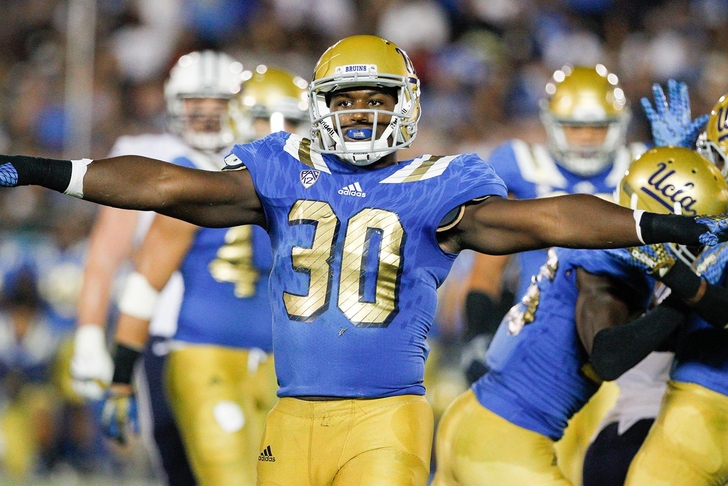 The San Diego Chargers hold the No. 3 overall pick in the NFL Draft after countless injuries killed their 2015 season, but they're in prime position to land a impact player to help them compete for a playoff spot again next season. Here are all the latest news and rumors surrounding San Diego's draft plans:

Chargers to take Myles Jack in 1st round?
ESPN's Jeff Legwold ranked Jack as the top overall prospect in this draft class because of his versatility, signaling the Chargers should draft him with the No. 3 pick over Jalen Ramsey and Joey Bosa. ESPN's Eric D. Williams also says you can't rule out San Diego going with Jack:

I wouldn’t rule out Jack as a possibility for the Chargers. San Diego put Jack through defensive back drills during his pro day, and he could be a player who could help fill the void left by Eric Weddle’s departure in free agency.

Jack played both linebacker and running back in college, and the Chargers talked with him about potential moving to strong safety if they decide to take him.

San Diego targeting Christian Hackenberg on Day 2?
San Diego is looking for a backup who could potentially take over when Philip Rivers retires, and Hackenberg could be that guy. He has elite size and arm strength, but there were questions about his accuracy and consistency after underwhelming sophomore and junior years at Penn State. Some point to the lack of talent around him and poor coaching as the reasons for that poor play, yet it will cause him to fall in the draft either say.

San Diego could be a perfect fit for. Hackenberg. He needs the time to sit, learn and adjust to the NFL, which he would get in San Diego, allowing him to make the most of his ability. The Chargers are interested, and have looked at both Hackenberg and Ohio State's Cardale Jones as potential draft picks.