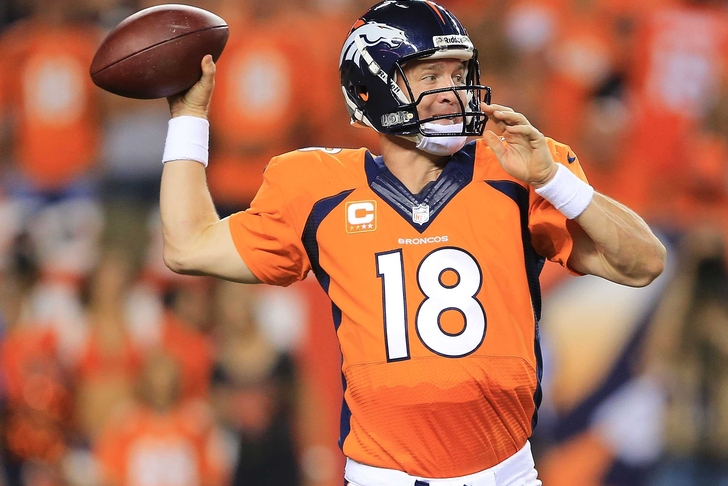 After a heartbreaker in Washington, the San Diego Chargers are moving forward. working to overcome the challenge that awaits them this Sunday - defending against Denver Broncos QB Peyton Manning. If the Bolts want to have any chance at a victory over the Broncos, they must find a way to disrupt Manning and slow down Denver’s persistent offense.

These tasks aren’t for the weak, considering how solid Denver is as a whole. Although Manning is one of the best of all time and his record speaks for itself, there are still 10 other players on the field surrounding him who are valuable contributors to the team as well.

The 7-1 Denver Broncos will be fresh off a bye week, and they’ll be well-rested and well-prepared as they travel to San Diego to take on the 4-4 Chargers.

San Diego, fighting to stay in the playoff conversation, must maintain focus and head into this game knowing exactly what they’re up against.

The Broncos are a team Chargers head coach Mike McCoy knows well. After coaching in Denver for four years and spending three of those years as the Broncos’ offensive coordinator, McCoy is plenty familiar with what they bring to the table.

Whether McCoy’s past with Denver will be of any benefit to San Diego is unknown, but the Chargers will be looking for any edge they can find.

Peyton Manning has 29 touchdowns and leads the NFL in passing yards, so he has to be Denver’s most obvious threat-if he feels comfortable in the pocket, he can make anything he wants happen.

San Diego is prepared for Manning to make plays and move the ball, but they must out-execute and slow down the offense while limiting the damage Manning can do through the air. It won’t be easy for the Chargers secondary to limit Manning, but San Diego has a plan.

“Our theme of this week is disguise and disrupt, and we have to be able to put pressure on this quarterback” said defensive coordinator John Pagano.

On the offensive side of the ball, the Chargers will depend heavily on veteran center Nick Hardwick, who has been vital to San Diego’s stability up front. Phillip Rivers and Hardwick have a strong connection and communicate well on the field, which has been apparent throughout San Diego’s eight games so far.

“We are going to have to keep it diverse, having a good mix of run and pass, and a big thing for us is to convert 3rd downs into sustained drives” said offensive coordinator Ken Whisenhunt.

The Chargers will be expected to arrive at Qualcomm Stadium focused and prepared to handle Manning and his explosive offensive game. This is an incredibly important game for San Diego, and we’ll find out on Sunday if the Chargers have what it takes to beat the legendary Peyton Manning.