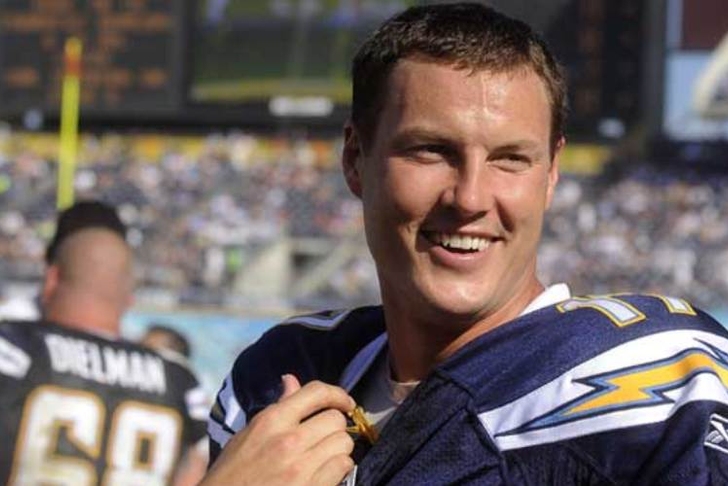 San Diego Chargers QB Philip Rivers always keeps things interesting, and he’s certainly been the talk of the town after his recent performances. Rivers has been on fire so far in December, (he has seven touchdowns and just two interceptions in four games this month), and some genius decided to name this movement “Philcember”.

With Philcember upon us, we can expect to continue seeing great things from Rivers. Not only is he ranked as one of the best right now (Rivers is one of the top 5 QBs in the NFL in passing yards, touchdowns and overall QB rating), but he has everyone on the Philcember hype train (especially after beating the Manning brothers back-to-back).

San Diego fans had high hopes for Rivers coming into this weekend, and he didn’t disappoint. In his last game against the Oakland Raiders in Week 5, Rivers threw for two scores and 411 yards. In this weekend’s rematch, Rivers led the Chargers to yet another victory.

Fantasy players out there have seen Rivers consistently on the “stud” and “start ‘em” lists, and he’s been producing points all season. If you aren’t starting Rivers, you’re doing it wrong.

Rivers has also wowed us with his interesting style choices, which we got to see in his post-game interview after beating the Broncos. The Chargers QB stole the show, rocking rattlesnake boots and a bolo tie - like I said, he always keeps it interesting.

There’s a lot of excitement in the air in San Diego. As the Chargers keep their momentum going, there are fans once again wondering if Rivers can lead this team to a championship. One thing I can promise, though, is that Philip Rivers will continue to wow us with his performances, leadership, and style. His excitement for football and his passion for winning is valued by fans, and with Philcember trending, he’s given San Diego an exciting personality to root for.