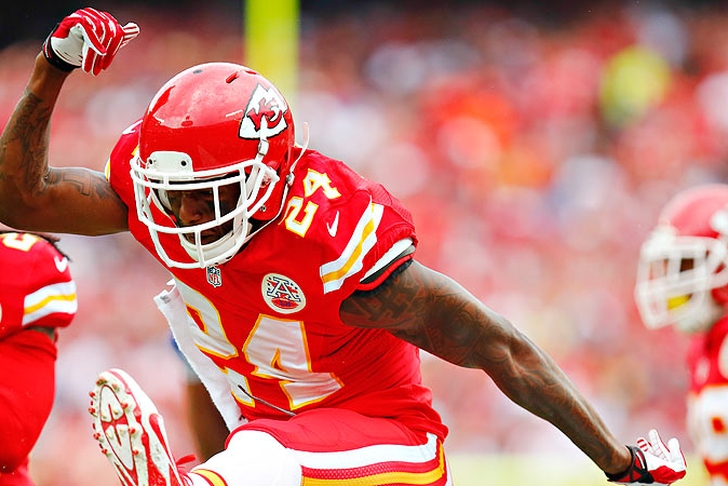 In today's Chargers news update, the San Diego Chargers, despite only having around $2 million in salary cap space at the current moment, are looking to make a run at signing former Kansas City Chiefs Pro Bowl cornerback Brandon Flowers.

Here's the scoop from Ian Rapoport of NFL Network:

In veteran free agent news, the #Chargers are hosting CB Brandon Flowers on a visit today, source says. I believe it’s his first one.

After being released by the Chiefs last week, several NFL teams have expressed interest in Flowers - with the Atlanta Falcons said to be frontrunners due to both need and salary cap flexibility.

However, the San Diego Chargers could look to Brandon Flowers as a mentor for first-round draft pick Jason Verrett - as both are undersized defensive backs who utilize athleticism and field vision in lieu of having prototypical NFL frames.