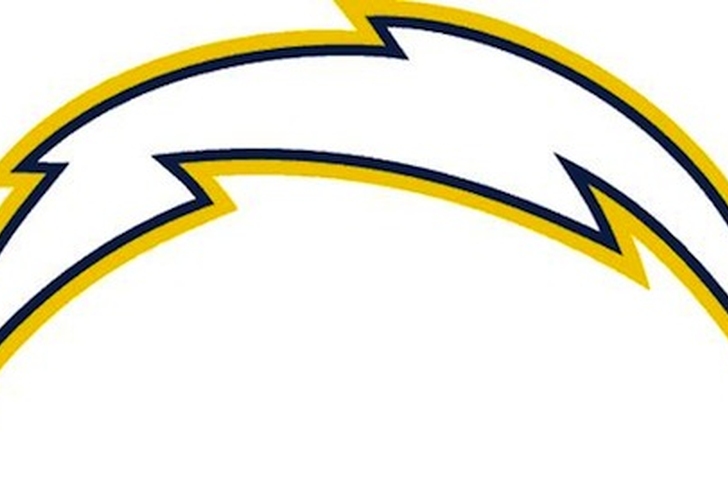 Ladies and Gentlemen, welcome to ChatChargers' first annual FREE AGENCY PREVIEW (yes, in this scenario, I'm Bruce Buffer or whichever ringside announcer you choose to imagine me as). Over the next week, I will attempt to provide some preview as well as analysis for what will surely be the most insane two weeks in the history of the NFL. So, without further delay, let's get right into the nitty gritty with Part I.

Part I (or, as I like to call it, who is leaving, who isn't leaving and why you

[caption id="attachment_142" align="alignright" width="300" caption="A.J. Smith, the GM of the San Diego Chargers, will have some tough decisions to make"]

Free agency is always a painful time of year for me, because I possess a rare quality that can only be found with die-hard fans and the people who read rosters so that they can try not to embarrass themselves in a conversation: I develop an attachment to fringe players. Sometimes they're role players or 'lightly used' players, like Jyles Tucker or Jacques Cesaire. Sometimes they're practice-squad players, like Seyi Ajirotutu or Curtis Brinkley. So, as sad as it is, this is the time of year where I have to say goodbye to some of those players (unless my instincts prove right and they end up on the active roster *cough* Seyi Ajirotutu *cough*).

Pardon me, I must have had something stuck in my throat.

In any case, this magical time of the year filled with wheeling-and-dealing, depth-chart changing and a year's worth of hellos and goodbyes, is just around the corner, with many people saying that, should a new Collective Bargaining Agreement (CBA) be brought into effect within the next few days, July 25 could begin a five to seven day long free agency fire sale (because really, who needs 30+ days when you can distill the hysteria down to under 175 hours?).

So, brace yourselves Chargers fans, because those few days have the potential to unleash a Godzilla-like rampage on Tokyo. And by that I mean the roster. Moving on...

As it stands, here is a list of the players that are set to hit the free agency market:

Even without the fringe players that San Diego brought on last year to either a.) fill the long snapper spot or b.) try to plug the black hole that was their special teams unit, that's still one heck of a list. For the sake of not boring you all to death, let's split these guys up into some categories. And for laughs, let's put a Hollywood spin on it.

Vincent Jackson - Vincent Jackson has possibly created more controversy during this off-season than anyone else in the NFL (well, that's clearly not true, but hyperbole aside, he's created a decent amount of controversy). Whether we're talking about the contract issues, the DUIs or the recent 'rumor' that he, along with New England Patriots guard Logan Mankins, are demanding $10 million in settlement money from the NFL in the Tom Brady et. all v NFL lawsuit, it's clear that Jackson isn't quite the image of perfection. As long as a Franchise Tag exists, though, Jackson will return to the Chargers. Whether he will be used as trade bait or not has yet to be seen.

Billy Volek - Considering that Arizona no longer appears interested in pursuing a quarterback whose name isn't Kevin Kolb, it almost seems as though Volek has no better place to land in the NFL than back with the team that has grown so fond of him. With no real starting opportunity in the League (outside of Minnesota, but remember, the Favre drama may not be over), and considering that the Chargers really have no better option for a second-string quarterback, Volek is surely a keeper.

Eric Weddle - Some people seem not to like Weddle, and I can see where that comes

from. Weddle is not the kind of safety that will ever break a game wide open like Troy Polamalu. In my opinion, though, Weddle is a solid player and is certainly someone that the Chargers cannot afford to lose right now. With a serious lack of depth at free safety (the selection of Marcus Gilchrist gives San Diego maybe two or three replacements). If A.J. Smith still has a solid head on his shoulders (and yes, I still believe in him), Weddle will return in powder blue next season.

Kevin Burnett - Kevin Burnett may in fact be one of the best acquisitions that the Chargers have made in recent memory. At the age of 28, Burnett still has plenty of years of good football ahead of him, and, along with Stephen Cooper, is possibly half of one of the best ILB tandems in the NFL. Considering the lack of depth (both player-wise and talent-wise) behind Cooper and Burnett, this one is imperative.

Stephen Cooper - Cooper may be getting up there in age, but he is still playing at a Pro Bowl level. He may ask a high price, but it's hard to think that the Chargers plan on using Donald Butler (coming off an Achilles injury), Jonas Mouton (a project player) or Brandon Siler (a run-stuffer and special teams ace). Cooper is a sure-fire hire.

Mike Tolbert - San Diego would be nothing short of idiotic to leave Tolbert out to dry. His bruising running style and work-horse attitude single-handedly saved the Chargers' rushing attack in 2010, and it'll be even more important to have him around in 2011 as rookie Ryan Mathews continues to develop.

Jeromey Clary - Whether you like it or not, the Chargers need Clary at right tackle. Not only do they not have any better options, but you'll be surprised to know that Clary wasn't half bad last season. I think he earned a bit of a bum rap because of the mid-season injury to right guard Louis Vasquez, which forced Clary to play besides Tyronne Green, a guy who is just too inconsistent to be a starter.

Goodfellas (or, for the sake of clarity, the good, but not the great)

Malcom Floyd - I'm a huge fan of Malcom Floyd, and I know many of you are, but don't call me crazy because I don't think he's quite a sure thing. I'd say Floyd has a 70-80-% chance of returning, especially considering the supposed lack of depth at receiver.

Antwan Barnes - Barnes did a great job adding some pass rush into a starved San Diego defense last year, and keeping him shouldn't cost much. If San Diego thinks that they can get by without him, then they'll part ways, but impact and low cost should put Barnes back on the roster.

Kelley Washington - He's cheap, and he made a real impact on special teams. That's enough for me.

Randy McMichael - McMichael provides quality depth and the ability to run two TE sets considering not only his skill level, but also his effectiveness as a blocker and a receiver. He should also come at a good price, which is always a plus.

Brandyn Dombrowski - As an Exclusive Rights Free Agent (under the last CBA), he's almost certain to come back. He provides quality depth, and could step into the right tackle role should coaches become dissatisfied with Jeromey Clary.

Scott Mruczkowski - Another luxury guy. It's a lot less likely that Mruczkowski will come back than Brandyn Dombrowski, considering that Dombrowski is an ERFA and Mruczkowski is set to be an UFA (assuming they scale the years on restricted free agency back), but I still see him coming back. Nick Hardwick made it through last season alright, but you can never undervalue depth at center (easily the most important OL position).

Paul Oliver - Cost-effective depth and knows the system. There's a possibility that someone shows him up and earns the spot, but with limited preseason time, who knows whether that will actually happen.

Brandon Siler - It might be a little bold, but Siler strikes me as the kind of guy who will take less money than people think. If he doesn't get solid offers on the market, he'll be back. Plus, the Chargers need his presence on special teams as well as on the goal line.

Jacques Cesaire - It's a battle between him and Travis Johnson for the spot, but I have to give it to Cesaire. He's been with the team longer, he's consistent, and he'll come with one or two fewer dollar signs.

Gone With the Wind

Legedu Naanee - His arrest couldn't have come at a worse time. With a promising crop of young receivers waiting in the wings, I don't see any reason why the Chargers would give Naanee the time of day.

Darren Sproles - I say this with a heavy heart, because I'm a huge fan. My most memorable game experience was the playoff game against Indy when he scored the winning touchdown in overtime. Sadly, though, he wants a lot of money, and he'll ultimately only ever be a role player for San Diego. Bon Voyage, Lightning Bug, we'll miss you.

Travis Johnson - Assuming Jacques Cesaire is retained, there's no more room on the roster for another DE after the Corey Liuget pick.

Antwan Applewhite - He's progressing well, but his recent arrest combined with a bit of an injury history might spell the end for Applewhite in San Diego.

Dante Hughes - Maybe a practice squad guy, but not an active roster player, especially now that Shareece Wright is in the picture.

Tyrone Carter - Brought on as a special teamer, probably going back into the pile, since things didn't change a whole lot late in the season.

Pat Watkins - Watkins may actually have a chance at returning, as he did make some good plays. That having been said, I get the feeling that camp will bring about a complete shuffle in special teams personnel.

Quinton Teal - More or less transparent in his small amount of time with San Diego.

So, this is where we stand. As to whether or not these indicate the exact moves A.J. Smith will make, well, who knows. I welcome you to agree with, question, or refute anything I just said. Or you could stick your head in the sand. Either way. (Kidding, please comment, I love a good debate).

I'll do my best to put together Free Agency Part II: Attack of the UFA's by Monday, when free agency is presumed to open, but I will be out of town this weekend, so we'll see. At the very least, join me when free agency opens, as I will be doing day-by-day analysis. I'm also planning a roundtable discussion and a mailbag-type thing, so feel free to e-mail me at cegg1@stanford.edu with questions, comments, concerns or anything I can use to build a reader-article, because this is just as much about you as it is about the San Diego Chargers.