Report: Chargers to remain in San Diego in 2015, "strong indication" no NFL team moves to LA 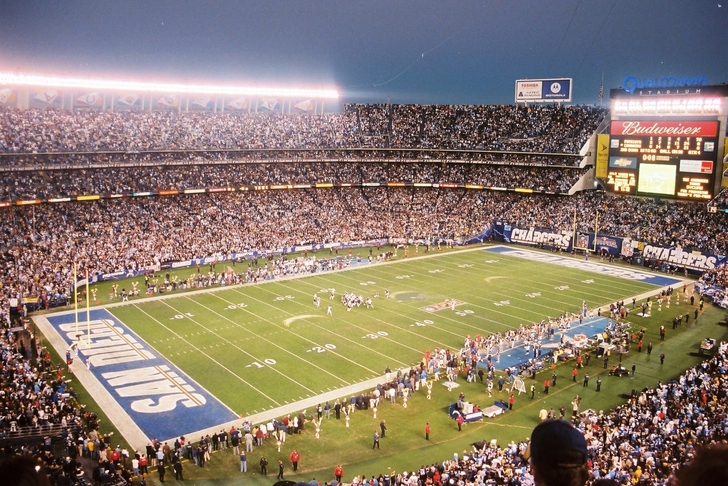 Despite well-documented unhappiness over the team's current lease at Qualcomm Stadium and reported interest in the Los Angeles market, the San Diego Chargers are staying put for at least another year, per a report by the Los Angeles Times' Sam Farmer.

According to Farmer, "the Chargers told the Los Angeles Times that they would not be exercising the termination clause in their Qualcomm Stadium lease, the same announcement it has made each year since 2007."

Per Farmer, the Chargers' decision to remain in San Diego is a "strong indication" that no NFL team will be calling Los Angeles home for the 2015 NFL season.

Under their current lease structures, the Chargers, Raiders, and Rams all have the option to relocate after each season. Farmer states that the Chargers wouldn't have made the announcement that they're remaining in San Diego if another NFL team was closing in on moving into that market - especially seeing that an estimated 25% of their season ticket holders hail from L.A. and Orange County.

At this juncture, it is unknown as to whether or not the San Diego Chargers received any assurances about the Los Angeles market remaining vacated at this time.

Here is the Chargers' full statement on their decision to stay at Qualcomm from Mark Fabiani, special counsel to team president Dean Spanos:

"Today, the Chargers are making the same announcement that the team has made each year since 2007: The team will not be exercising the lease termination clause and will keep working to find a publicly acceptable way to build a Super-Bowl quality stadium in San Diego. Calendar year 2015 will constitute the team’s fourteenth year of work on a San Diego stadium solution."

Any new stadium proposal in San Diego would be put to a vote and require two-thirds approval to go through under the California state constitution. Garnering such a majority will be an extremely tall task for the team going forward.

Stay tuned to Chat Sports and our San Diego Chargers team page for the latest on this story and more!