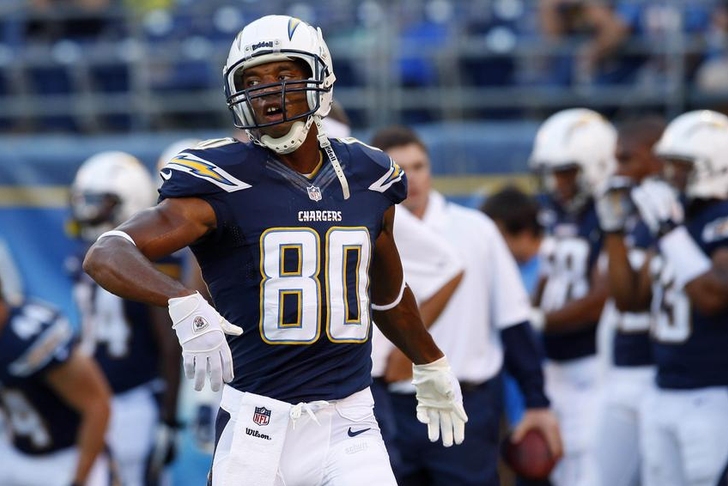 With the San Diego Chargers’ OTAs underway, things are looking good for the team- especially since WR Malcom Floyd is back on the field.

Three months ago, most fans wouldn’t have expected to see Floyd out there due to the career-threatening neck injury he sustained early on last season. After such a serious injury, most doubted his return, but the veteran receiver is fully cleared for contact and was an active participant in the first OTA of the season.

Even Floyd himself wondered if it would be possible to make a return to the sport he was so passionate about, but still he held on to the possibilities. “I eventually got over the hump and I knew this day was coming” said Floyd, “There were some questions there, but I didn’t give up. The doctors said there was a chance of me getting back out there, so I just kept working and now I’m here.”

Floyd is hoping to make a powerful return and continue with his career after it was put on pause, telling reporters “I want to start where I left off.” If Floyd can in fact start where he left off (averaging almost 18 years per reception) it will make a big difference in the productivity of the Chargers’ offense.

Head coach Mike McCoy is one of many excited about Floyd’s return. “He looked and moved around like the old Malcom,” said McCoy, “So we’re off to a good start with him.”

QB Philip Rivers is excited to see Floyd on the field as well. “He’s one of the guys I could not throw to for a year and [he] picked it up in about 30 minutes,” said Rivers. Rivers and Floyd have had 11 years of experience together, which is vital to their ability to reconnect on the field. “He looks great,” said Rivers “We all expect him to be the Malcom we’ve always known.”

When Floyd was out, rookie Keenan Allen became San Diego’s main receiver (with 71 catches for 1,046 yeards and eight touchdowns) and Floyd will be expected to work hard in hopes of reclaiming a starting role. Floyd and Allen are lethal weapons for San Diego’s offense, so it’s safe to say things are looking good for the Chargers. Now that San Diego has a dangerous receiving tandem to count on, there's even more to look forward to this coming fall.

For all the latest Chargers news, make sure to subscribe to our San Diego Chargers team page, and for more by Sarah Chaffee, make sure to follow her writer profile here.